The video game landscape today is dominated by Simulation Sports titles. Games like FIFA, Madden, and NBA 2K strive to be more realistic with every new entry. In this landscape, the joy of nostalgic games like NBA Jam or NFL Blitz can be lost. V7 Entertainment hopes to lean on those nostalgic memories with Bush Hockey League on the Xbox One. When the buzzer sounds Bush Hockey League succeeds but not without spending a little time in the penalty box.

Of all sports games, I think I might have had enjoyed Hockey games the most. My experience is wrapped up in two games, Blades of Steel on the NES and Wayne Gretzky’s 3D Hockey on the N64. Starting my first game in Bush Hockey League took me back to those days in the best way possible. Bush Hockey League doesn’t worry about hundreds of player stats, it just wants you shoot fast and hit hard. The controls are simple, face off and then pass the puck around to your team and try to score. The game is smooth and very responsive despite it’s old school aesthetic.

The graphics in Bush Hockey League are a throwback to the 64 bit era. 3D polygonal models and static backgrounds. Even the on screen text and UI feel like something I played when I was in college. Not to be outdone, the music also shines through. The soundtrack is an eclectic mix which includes Victor Mizzy’s Theme from the Addams Family, Stompin’ Tom Conners “The Hockey Song”, and my personal favorite, “Can Can” by Bad Manners. The music just brings a nostalgic feel to classic bush league hockey.

The second mode is, “Story Mode”. In Story Mode players start a hockey season. You can pick from 3 difficulties and then the game throws you into your first season. You don’t get to pick your team, you are assigned the default team. The main screen of Story Mode gives you a calendar of events, top players, and a list of actions. Unfortunately, there isn’t anything like drafting or trading. You can view your players, see the league standing, or player your next game. There is a collectable section in Story Mode where you unlock Bush Hockey League Trading Cards. The cards are presented in a 3 ring binder sheet which, again, touches that nostalgic nerve.

The lack of content is really what holds Bush Hockey League back from being something truly special. There is no online component at all which limits the competitive edge that it might have, there is no playoff or championship type of mode that games today offer, and there is also player progression or team betterment available when playing story mode. The game ends up playing great, looking and sounding nostalgic, but fails to really nail the hat trick by offering something beyond just a few matches.

The time I spent playing Bush Hockey League was fun. I was smiling and enjoying body checking the other team and occasionally tossing a few punches. The real problem is that I don’t seem myself playing that game much more. Something as simple as a creator mode which would let me create a team full of my friend would go along way in bringing me back. Bush Hockey League succeeds in letting you relive some of the hockey games of old but just doesn’t offer players enough to keep them hitting the ice. 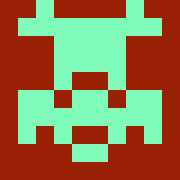 Chris White
Chris is a full time geek, father of 4, and self proclaimed Jedi Master. An IT Professional by day and Freelance Writer by night just doing his part in raising the next generation of Geeks.

Microsoft Rep Gets an Award from PlayStation for Minecraft Success

The Game Awards 2017: It’s Getting Tough To Defend Microsoft.

The state of first-person shooters

By Chirag Pattni2 days ago1

The Office Quest for Xbox One Review

Stone review for Xbox One – Stoner noir with heart