Dead Rising 4 had an excellent reveal trailer at E3 2016 during the Microsoft conference with its Christmas theme, including festive music, Zombie’s strung with lights, and snow falling on the excited audience. It is one of the many games featured in Microsoft’s new “Play Anywhere” campaign, meaning it will launch on both Xbox One and Windows 10, and purchasing it once will result in a free copy on the other platform. We have learned that the game will launch this December, and Microsoft has confirmed to GameSpot that the game will be a timed-exclusive.

According to the interview, Dead Rising 4 will be a 90 day exclusive on Windows 10 and a full year exclusive on Xbox One (similar to Rise of the Tomb Raider last year). I found this to be an interesting choice, as I thought it would be a full Xbox exclusive. Dead Rising 2 is the only game in the series on a Playstation platform,as the original Dead Rising and Xbox One launch title, Dead Rising 3, were both exclusive to the Xbox hardware.

Are you excited to get your hands on Dead Rising 4? Are you surprised that it’s a timed-exclusive? Let us know in the comments down below! 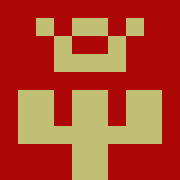 Kick & Fennick Review for Xbox One

Agents of Mayhem Preview – The Most Fun Game At E3

By Ben Kerry14 hours ago0

Head of Xbox looking toward Japanese studios in 2020

By Ben Kerry15 hours ago0