What game is more appropriate to rise from the ashes than a game about the four Horseman of the Apocalypse? In all honestly, Darksiders 3 should not exist, especially after the closing of THQ in 2012. But, thankfully, after the acquisition by Nordic Games in 2014, THQ Nordic was born. Some may have forgotten about this once promising series, but Darksiders 3 is still one of my most anticipated games of 2018.

Originally planned as four games, Darksiders is a mash-up of The Legend of Zelda dungeon exploration and God of War style combat. In each game you take control of one of four Horsemen of the Apocalypse. The first Darksiders had you play as War, Darksiders 2 as Death, and now, in Darksiders 3, you play as the series first female protagonist, Fury. Instead of a sword or a synth, Fury will brandish a whip for taking down her enemies. Early trailers make the new combat appear very similar to the Bayonetta series, with plenty of quick attacks and nimble dodging.

One great thing about the Darksiders series is that all of the stories play parallel with each other. Because of this, you don’t necessarily have to play them in order, though I highly suggest it (especially since you can get both Darksiders and Darksiders 2 remastered in one package for under $40). Without spoiling too much of the series, the story focuses around the Horseman War, who has been accused of breaking the truce between Heaven and Hell. He is put on trial before the Charred Council because he arrived on Earth too early – before the seventh seal broke. The Horsemen must now work together to clear War’s name and free him from these false accusations.

As mentioned above, Darksiders 3 shouldn’t exist. That alone is worth celebrating. The fact that it merges together the familiarity of The Legend of Zelda, God of War, Bayonetta, and more should at least intrigue most gamers. The story for Darksiders 3 sounds interesting, as it will have Fury take down physical forms of the Seven Deadly Sins.

Those afraid that a new team will be handling the series should put those thoughts aside. According to an interview with IGN, THQ Nordic is made up of most of the original Darksiders team, including the “Game Director, Executive Producer, Technical Director, Lead Environment Artist, and more.”

If all goes according to THQ Nordic’s plan, we should soon see the announcement of Darksiders 4, where you’ll be able to finish the series, playing as the final Horseman, Strife.

My biggest concerns with this game all steam from the fact THQ and the original Darksiders team no longer exist. While this may end up not being an issue, we don’t know how much of the series original vision is still in tact. On top of that, games have greatly evolved since Darksiders 2 in 2012. Games like The Legend of Zelda: Breath of the Wild, Horizon: Zero Dawn and more, have changed the landscape and gamer expectations. Hopefully, the resurrection of the series has inspired this team to make changes and evolve with the times.

The Darksiders series has never been a major seller. The first two games in the series sold roughly 1 million units each. While not terrible, THQ Nordic shouldn’t expect Horizon Zero Dawn numbers. This will really come down to hardcore fans of the franchise, such as myself, picking up the game. With good reviews and strong word-of-mouth, hopefully, sales will receive a boost. This is a fantastic series that has fallen under most gamers radars, and I would hate to see it not reach its final conclusion.

So, are you excited for Darksiders 3? What changes do you think THQ Nordic will make to the series? Let me know in the comments down below! 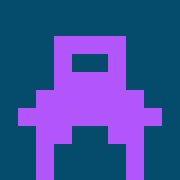 Jamie Mikolajewski
Host of the Life of Gaming podcast, writer for Xbox Enthusiast, and huge gamer since 1985. My favorite game series include Gears of War, Super Mario, and Fallout. I am also a huge fan of the horror game genre, so 2017 was a great year for me!