Slightly Mad Studios has released a new update for its hit racing simulator Project CARS 2. This update brings the game version up to 1.4.0.0. It was released for the PC version a little while ago, but was slowly rolled out to PS4 and now Xbox One. The update just hit Microsoft’s system as of yesterday.

So, what does this update take care of? It implements a lot fo changes and improvements do various aspects of the game, such as the user interface, cars, tracks, handling, gameplay mechanics and more.

Here are the Xbox One specific changes: 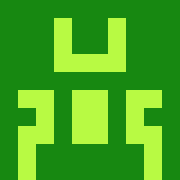 A.K Rahming
Having been introduced to video games at the age of 3 via a Nintendo 64, A.K has grown up in the culture. A fan of simulators and racers, with a soft spot for Nintendo! But, he has a great respect for the entire video game world and enjoys watching it all expand as a whole.

By John Hansen23 hours ago0

Here are all of this weekend’s Xbox trailers on YouTube

You could get Hayfever as early as February this year

By Andrew Gonzalez3 days ago0