A State of Decay 2 outfit update that wants you to be stylish during the apocalypse.

The team at Undead Labs knows that when the apocalypse struck “What should I wear today” wasn’t the first thing on anyone’s mind. But since the original State of Decay released, many fans have requested the ability to customize their character’s outfit. They’ve finally had the time and resources to do that. And now they’ve provided users with a wide array of t-shirts, flannels, or puffy vests and a closet to store them in.

The free State of Decay 2 outfit customization update, comes after the much less cheerful Choose Your Own Apocolypse Update. That update allows players to up the game’s difficulty by including dread zones and nightmare zones. After the dread and nightmares that the last update provided, User Experience Designer, Susan Oleinik, felt that colorful clothing would lighten everyone’s mood. Nothing brightens a day full of blood and gore more than a hat that is just as colorful as your character’s choice in their language! As Xbox noted in another Tweet “It’s important to look good while running away from zombies”. And who doesn’t like to dress up in a game that has co-op multiplayer?

If you’re one of those people who could care less about their State of Decay 2 outfit, you might be happy to know that the update also comes with new weapons including; firearms, melee, and close-combat weapons. And they’re all spooky for Halloween! Other terrifying add-ons include the frightful juggernaut latex mask costumes. Also, there is a special limited-time gift for those who log in to the game between the 24th and the 30th of this month. But you’ll have to log in to find out what.

The State of Decay 2 Outfit Customization Update won’t make surviving easier – but it will make it more stylish.

And much like players now can with their characters, all the staff present put on their own ridiculous hats. They ranged from camo hats adorned with the Starbucks logo, to lacey Victorian-style hats as you might see worn by a woman at a horse derby. And there were even a number of hat changes during the hour-long stream! The team also announced plans to expand State of Decay 2 outfit customization. But they also did explicitly say that there will be no banana hammocks because running around in your underwear just isn’t a reasonable thing to do during the zombie apocalypse.

If having the State of Decay 2 outfit customization alone isn’t good enough for you, also check out the Independence Pack. It comes with three new vehicles called the Pyrohawk, the Meatwagon, and the Burninator, as well as three patriotic weapons. And nothing could be true truly patriotic without explosives … by which I mean fireworks. Be sure to let us know your thoughts on the update in the comments below! 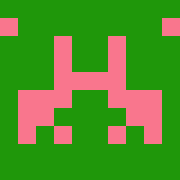 Cara Nelson
Caraline is an Xbox Ambassador with specializations in multiplayer gaming both casual and competitive. She knows a lot about Xbox's accessibility functions and is also a member of the Xiled Syndicate community.

GRID gets new trailer as it races towards release

By Steve Clist20 hours ago0

By Andrew Gonzalez1 day ago0

By Chirag Pattni3 days ago0