Few gaming franchises have enjoyed the success that Assassin’s Creed has. There are loads of reasons, ranging from amazing storylines to game mechanics. But one thing is probably more hotly debated than anything else… which one is the best. Now everyone who has played multiple Assassin’s games knows that they all differ pretty radically.

One minute you might be controlling Ezio Auditore da Firenze, and the next you might be in ancient Egypt, or Rome. The franchise is not without its splendor and has no shortage of majesty. The whole series feels like a hopeful, cheerful trip through time. Some trips are better than others, and I hope to show why three of these titles are the best.

So, for these titles, we’re going to focus on ones that stood out from this series. Just about all of the Assassin’s Creed games are good, but we’re looking for great ones. So only those made the list. Without further ado, we’ll get started on the top 3 Assassin’s games.

For lots of game series, the first sequel is really where they test the game mechanics. Many people will notice that the parkour in the first Assassin’s Creed was fun but limited. Not content to rest on their laurels, Ubisoft came back swinging. With the first outing for Ezio in the series, Assassin’s Creed II was an instant success. Due in no small part to the popularity of Ezio Auditore da Firenze, a very popular hero.

The game mechanics weren’t just tweaked, they were revolutionized. Ezio was a much richer character (No offense Altaïr), and it really fleshed out the game. Not only were we more invested in what was happening, but the game itself had much more to do. While most developers are fine testing out one or two new ideas per sequel, Ubisoft changed the game entirely. This is why years later, Assassin’s Creed II still stands head and shoulders above the crowd of first-round sequels.

Everyone has experienced some sort of fascination with ancient Egypt at one point. Not only the mystique of the pyramids and sphynx but a mystery unto itself. So setting one of the Assassin’s Creed games there seemed like a no-brainer situation. The result was an incredibly full experience of ancient culture, fighting, and weaponry. Exactly as we have come to expect from Ubisoft, we found another favorite in Assassin’s Creed: Origins.

The main character doesn’t have as long of a story as Ezio, but Bayek won’t leave you wanting. He’s an emotionally connected assassin, doing things in response to a personal tragedy. The story is well-written as always, and the action is fast-paced. The fighting mechanics have been streamlined by this point as well as the parkour. But this streamlining didn’t affect the game negatively as so many sequels experience. The simpler layout and button mechanics make the game more accessible and keep you from falling as often. Add to all this the allure of ancient Egyptian mythology and lore, and you’ll learn why this game made the list.

That’s right, a modern ‘best of’ list for A.C. can’t be complete without this entry. Not only the most recent game, but also one of the best received of the series. This game has you in ancient Rome, allowing you to choose between Kassandra and Alexios. While both of them are entertaining, and Alexios is the ‘protagonist’ in the novelization, this choice is unique. Lots of games allow you to customize your character. But Assassin’s Creed games have always focused on storyline. With a focus like that, it’s hard to write a hero that doesn’t have a backstory. This was NOT a challenge for Ubisoft, as they developed two complete characters.

Both Alexios and Kassandra are entertaining, with superiority being completely in the realm of personal opinion. Aside from the characters, there is a rich story that keeps players returning for more. Making this game complete with a full story, and well-developed characters. Yet it also has many layers beneath that. This game is, by all rights, the very best that the Assassin’s Creed series has to offer presently. From the history involved in the storyline, all the way to the details of costumes, everything is impressive. Not to mention, with DLC, it’s the only way you can visit Atlantis… which is a long, strange trip. 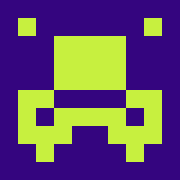 jonschmitt
My name is Jon Schmitt and I am a writer through and through. Though I've spent my whole life obsessed with various sections of Nerd-dom, the thing I like most is writing. If I'm not here on the site, you will probably find me nose-deep in a book, playing games, or reading comics... and always with a cup of tea.